It bears consideration that our planet is not a static system. The Sahara wasn’t always a desert. West Texas was once an inland sea. And climatic change doesn’t necessarily take thousands of years to progress.

Inconvenient truth. Al Gore couldn’t have chosen a better title, unless, perhaps, he’d borrowed a phrase from Douglas Adam’s ‘Life, the Universe, and Everything’.   A snatch of dialoge :

“… then we don’t stand a whelk’s chance in a supernova.”

“A what?” said Arthur sharply again. He had been following the conversation doggedly up to this point, and was keen not to lose the thread now.

“A whelk’s chance in a supernova,” repeated Ford without losing momentum. “The …”

“What’s a whelk got to do with a supernova?” said Arthur.

“It doesn’t,” said Ford levelly, “stand a chance in one.”

This passage and the chapter it’s from didn’t specifically refer to climate change, but rather concerned a galactic disaster born of tribal differences and impending war,  but Adams, as so often in his quirky fiction, made the brilliant leap in linking the most extreme of environmental disasters,  “a whelk’s chance in a supernova”,  to the pernicious, wasteful distraction of tribal warfare.

My birth tribe has been American West-European Judeo-Christian Transplants with a big dose of New York regionalism.

My chosen tribe has become the tribe of listening, thinking, analytical, scientific, mystic/mythic-skeptic, who would prefer to not hurt a spider, because they are much harder to put back together than they are to take apart.  This tribe transcends race and region, because listening and thinking, although not universal, is widespread. Pursued in a healthy manner, and to a logical outcome, listening and thinking will generally result in kindness, tolerance, and empathy.

If you aren’t spending all your time fretting about who’s god is the real god, and imagining that your birth-tribe is the best and only GOOD tribe, there actually IS time enough in the day to step back, and connect the dots on climate change, and maybe take a step or two back from ending up as a sizzling amuse bouche of escargot in clarified butter. 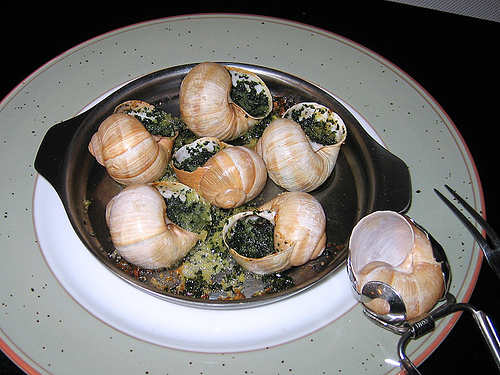 I’ve got to begin by saying that it took more than one start at the preceding work, ‘To Say Nothing of the Dog’, before I came to appreciate and love that book. (see this review ) In that instance I decided that my initial resistance derived from the distinctly quirky characters combined with the slow pacing in that work. Both of those qualities eventually become advantageous, especially in counterpoint to numerous plot turns and prat-falls that leap at you in it.

Willis’ follow-up, ‘Blackout’ does not lack for quirky characters and slow-pacing, but, alas, the cook seems to have left out a necessary sufficiency of cunning plot-turns and prat-falls. There is action, but very little sense of forward movement in this novel. A set of characters does have a very significant, shared problem, and individual subsidiary problems engendered by the MAIN problem, which is that they are all time-traveling historians trapped in wartime England during The Blitz, but these characters are so ponderously slow to comprehend and act on their situation, I kept finding myself snarling advice at the leaves of my copy, or pleading with them to change direction. They didn’t listen.

Set aside the plot problems, Willis DOES have an historian’s love and eye for detail, and this work is resplendent with it. And, too, she has an historian’s love for History, itself. The history her characters are living through is the real center of this work, and the central story is one of a besieged citizenry waging war by sheer endurance, courage, and good humor. That is a story worth telling, but it’s a story of gritty daily privation and nightly fearful hiding away from the bombs in shelters. It’s difficult to incorporate any kind of quest within that story. The time-travelers’ problem of returning “home” to 21st century Oxford, along with their angst that one or more of them may have altered time’s fabric is too hackneyed to serve the need for a unifying quest, especially in a novel approaching 500 pages, and closing with an aggravating,  “…To be continued!”.

Alas. Yes, the novel does NOT conclude in any way shape or form when you reach the final page. I had this exact problem with another bulky science fiction work I read recently, ‘The Dreaming Void’ by Peter F. Hamilton (see the review ). It’s not insignificant that both books were gifts from the same daughter, (Hmm…) but to the girl’s credit she also gave me the sequel, Willis’ ‘All Clear’. I started it just last night, and have hunkered down in the shelter of my armchair to transit the 600-some pages it offers. I am placing my faith and hope in Willis drawing all the threads into place, and hope to report that it proves to be a tapestry worthy of the The National Gallery in London. ‘To Say Nothing of the Dog’ , as I came to read it in its entirety, is an interesting story, for I had started it once some years ago, and failed to progress in my reading of it.  The failure, time has shown me, was entirely my own.  For whatever reason, the distractions in my life prevented me from realizing what a jewel of a story Ms. Willis had crafted. I simply didn’t know what it was I had in my hands, and so never got beyond the first chapter.  It worked something like this: this is supposed to be a time traveler’s story, and here’s this odd crew of weird academics picking over the wreckage of the cathedral at Coventry after having been firebombed by the Nazi’s in WWII. Their incompetence is exceeded only by their fatigue. Their quest is to find a missing piece of Victorian bric-a-braq called “The Bishop’s Bird Stump”, and this at the behest of a tyrant-boss who needs to copy it to decorate a modern knock-off cathedral being built in the mid-21st century.  Somehow, this wasn’t the time-travel yarn I was looking for at that time.
However, it should have been. What doesn’t immediately make itself known about Willis’ book is that it plays on so many different levels at once. It is as much about a future time when when historians might mine the past in person , as it is a gentle exercise in lampooning the Victorians both in person and through their literature, AND in the context of a cosmos that is as forgiving of our tinkering with time as Willis’ Victorians are of her lampooning of them.
It was my older daughter who eventually turned my attention back to this book, when she, in her quirky manner, quoted a meme from it, unreferenced, as her Facebook status one evening. She posted, “We are all, in a sense, Ensign Klepperman.” This game requires that I figure out what the heck she is referring to, and few google searches later it came to me in a flash that these words derived from the odd time-travel book I’d started and never finished some five years before.  Klepperman’s story and person are but a sidebar to illuminate the tasks of Willis’ protagonists as well as her greater themes in this tour-de-force, but to say how in this review might be telling too much.
This much can be said: it is a truly great piece of fiction that can mull over more than a few profound questions about the relationship between the present and the past with SUCH a gracious and deft touch that the reader hardly senses the depth of the work beneath the constant and ongoing humor, until suddenly GOB-SMACKED by it with near lethal force at the conclusion.
I’m at present reading the second work in this series, ‘Blackout’, and in possession of the third such work, ‘All Clear’, so am well positioned to feast on Ms. Willis’ works for some time to come. I’ll write about those too, in time.
For now, though, take my recommendation for ‘To Say Nothing of the Dog’ to heart if you think you’d enjoy a warm summer’s journey by boat in Victoria’s England combined with a romp helter-skelter through other times, as well. Actually, I’m only WITHIN STRIKING DISTANCE of finishing this interesting book, which was a gift from one of my daughters more than a year ago.

While worthy and, as I said, interesting in many ways, it was not for me a compelling read.  Hamilton is gifted but seems to write without any discipline with regard to outlining his story arcs in advance of writing, or if he does so, it is not set out for the reader in any clearly discernible way.

However, his gifts and strengths are evident, and lie in his imagination, and the scope of the palette on which he builds his yarns.  His weakness is in launching so many story lines at once and flitting between them willy-nilly, so that most readers would be at a loss as to what the hell is going on, overall. And this is exacerbated by the action being spread over thousands (or is it hundreds of thousands?) of light-years of real estate, and an indeterminate amount of time, which could be as few as several Earth months, or as many as several Earth years, if we only had a clue as to where Earth stood in this panoply.

Having reported that I’m close to finishing this major work,  I must also sadly add that I have NOT a CLUE as to how anything will ultimately turn out. After reading almost 700 pages, I will only be in a good position to set out in the second tome of this TRILOGY.  And, being a bit cynical, I despair of knowing any much more at the end of the second book, should I venture on.

The damnable part of it is, I might keep reading anyway!  Although there are few characters and story lines I much care about, there are some which do interest me. Those are well drawn, inspired in their characteristics and adventures, and might just keep me going.

The best I can say of this series is that it would make great television, as it is drawn from a superior imagination, but expresses no clear notion of where it is going so far.  New television dramas never seem to suffer as much from a want of long-term story arcs. As sci-fi “popcorn for the mind”, ‘The Dreaming Void’ is very good. Among the great sci-fi novel-series, so far it can only be an also-ran.